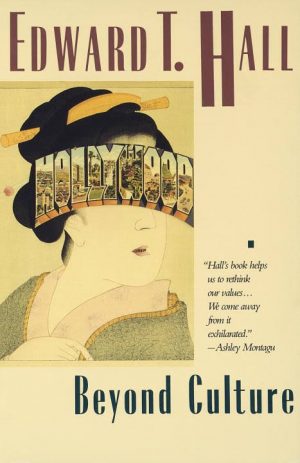 Edward and Mildred Hall have formulated a set of six basic cultural values in the field of communication in their model. It is important to keep the starting position of Hall in mind. This model focuses on communication. In addition, Hall, like Hofstede, sees culture as a computer program. The three most important basic assumptions of Hall are about Context, Time and Space. The other three deal with how information is handled.

Cultures that communicate with a low context use little extra information; little knowledge of the context is needed to understand information. In a culture with a low context, information is communicated mainly by use of words. Communication is explicit. The meaning of the words is almost the only thing that counts. Non-verbal communication and someone’s position in society may play a role, but the spoken word is the most important thing. In addition, people are willing to give information and explain things to avoid misunderstandings. People in low-context cultures generally have short-term relationships and rules and details are important.

High-context cultures: part of the message is in the person and in the context of the message. Very little is said explicitly, but much implicitly and non-verbally. The Asian culture (but also the English culture) are examples of this. In Asian countries you sometimes only understand a message when you know what status someone has in the community. The English also use a lot of implicit language: ‘that is quite interesting’ (what really means: ‘this is not good at all’). The English are masters of the ‘understatement’. In higher context cultures it can happen that misunderstandings arise when information is exchanged. Little background information is given, the context or background information needed to understand the communication is assumed to be known! Much of the information consists of jargon (coded language), non-verbal communication and facial expressions. There is also a lot of information, sometimes even the most important part of the information in what is NOT said. Some people call it ‘reading the air’. Giving nicknames to friends is an example of high-context communication. In these high-context cultures, the emphasis is on long-term relationships and that is why it is difficult for an outsider to know all unwritten rules.  Misunderstandings often arise in intercultural communication due to too little information given by high-context cultures.

Monochronic and polychronic experience of time

Monochronic: the experience of time (from ‘chronos’ the old Greek word for time) is linear and divided into segments. This makes it possible to focus on one thing at a time, to stick to your planning, whereas deadlines are important. People in a monochronic society adhere strictly to their agenda. Time is money. If you do not spend time efficiently, you’ll lose money. Ask someone from a monochronic culture what his day looks like and he will explain you exactly what his daily routine is from hour to hour. (Standing up, showering, getting dressed, having breakfast, getting things, take the train to school, first class, second class, etc.)

Polychronic: people live in a sea of space, time moves in all directions, people do many things at once. People in polychronic societies believe that they can do more if they do things at the same time. In addition, time is subordinate to the relationship with other people. A meeting won’t stop because it is 17:00, but in a natural way when everyone thinks that the meeting is over.

The distance between people when they talk to each other differs from culture to culture. Physical contact is an example of personal space. In one culture (Indonesia), people easily touch each other. In the Netherlands and Germany, it is slightly less common. In Northern European people generally have an arm’s length between each other. The closer you get to the equator, the closer people are to each other. The term ‘personal space’ is the invisible space around you (a kind of bubble) in which people feel safe.

Fast messages are meant to be quickly decrypted (explanation of coding and decoding, see communication model in chapter 7). Examples are TV commercials, e-mail, SMS and Twitter. Slow messages are books, letters and poems.

Messages that have to be fast in a certain culture have to be slow in a different culture. E-mails can also cause problems; because emails are ‘fast’, the information is often very direct, which many cultures can perceive as rude. Some cultures prefer more slow messages; others prefer fast messages.

Fast and slow flows of information

This is the sequence of events in which people work together to achieve a goal. For example, renting a tool at a do-it-yourself shop or enrolling at a school. Every action requires a number of steps and involved persons. Everyone knows what to do and how it should be done. Unconsciously we apply the same actions in a different culture and things can go wrong. Less people, or more or fewer steps, may be needed. In the Netherlands, renewing your passport or driver’s license is easy: it just takes one visit to city hall while in other countries such as Spain it can take various steps, multiple forms and take weeks.

Description of the theory